Monique Mulder, researcher at the department of Cell and Chemical Biology has received funding from the ZonMw Open Competition programme to improve mutant huntingtin protein turnover as a therapeutic avenue for Huntington’s disease.

Monique Mulder, researcher at the department of Cell and Chemical Biology is one of them and aims to improve mutant huntingtin protein turnover as a therapeutic avenue for Huntington’s disease.

Huntington's disease is an inherited brain disease characterised by symptoms of Alzheimer's, Parkinson's and ALS. It is caused by a DNA error that creates mutated huntington proteins that aggregate in the brain. The garbage collectors of our cells, which clean up these kinds of wrong proteins, do not recognise these proteins because their marking is not correct. As a result, they are not being cleared. 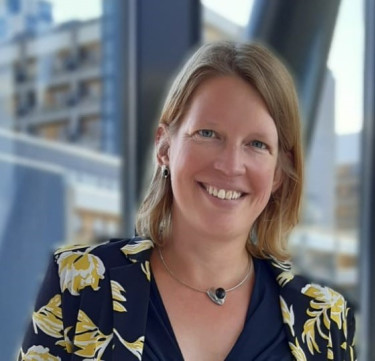 Researcher Monique Mulder and colleagues from Amsterdam want to identify and 'adjust' the enzymes involved in marking the huntington protein. Mulder: "In this project, we will create a complete toolbox to study these enzymes. After identifying the enzymes involved, we will make a first start by looking for substances that improve the enzymes' function and thus prevent aggregation.”